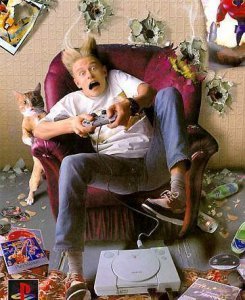 Frequently, when someone seems to have too much time on their hands, the advice that comes their way is that they should take up a hobby. Does that mean any hobby is good for you? When it comes to video games, the jury is still out. It is true that video games are a multi-billion dollar industry and that they appeal to a very wide market. It is also true that they have a bad reputation for violence, addictive qualities and laziness. Typically, those who love video games really love them and play them as often as possible. But is this hobby helping or hurting the rest of them?

Some people do not think there are arguments in defense of video games, but there are actually some legitimate ones. For example, video games have proven to increase a person’s hand-eye coordination when played regularly, which translates to their hand-eye coordination in the rest of life. On top of that, some video game creators are deeply concerned with including educational material in their video games. For instance, certain games that are based on a historical war will include facts and trivia for learning as well as gaming, and historical accuracy within the game itself. It is arguable that attributes such as these make gaming a worthwhile hobby.

On the other hand, there are plenty of arguments made against video games as well by people who find them to be a waste of time. When video games became mass produced in the 1990s, one of the first complaints about them was that kids playing them were being inactive. The nature of video games is to sit and stare at a screen, moving only your hands, which is widely regarded as bad for the body. Video games are now associated with weight gain and muscle deterioration. Some video games have also been highly criticized for being very violent video games, and have even been considered contributors to school shootings. Presently, video games are also considered by some to be a legitimate obsession that can require inpatient treatment for addiction, as there are people who game obsessively for days at a time. 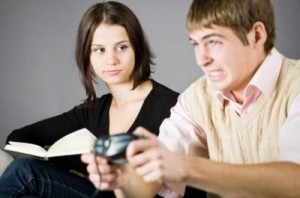 There are a number of defenses for video games, but it is probably not an exaggeration to say that there are far more criticisms. Video game playing is something that parents in North America unanimously monitor their children for to make sure they are not doing it in excess. Some parents forbid their children from playing video games entirely. Video games have been the cause of a great many break ups between significant others and even spouses. This would not be the case if there were not a few negative attributes to video games.

It is confirmed that video games can be a legitimate addiction. For whatever reason, video games create high levels of dopamine in some people’s brains which causes them to become addicted. Dopamine is the chemical the brain creates when the person is experiencing pleasure. This addiction may not put the person or those they are close to in immediate danger, but it does have very serious consequences over time. Just like with every other addiction, the person’s physical health, personal relationships and reputation among peers and coworkers decreases. The person becomes irritable and moody when they are unable to play video games and blocks out the entire world while they are gaming. Needless to say, this behavior is not sustainable and requires treatment if it cannot be brought under control.

Even if a person only plays a moderate amount of video games and is not addicted, the argument can still be made that video games are not the best use of time. Many point out that the benefits video games do have can be gained through other activities that do not have the negative side effects that video games have. For example, video games increase hand eye coordination but deteriorate muscle mass and weakens the circulatory system. Playing sports, on the other hand, increases hand eye coordination and muscle mass. Video games are quite terrible for the body as they require a sedentary stance in order to play them. 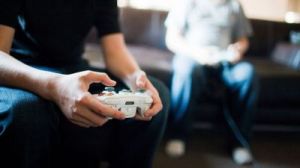 Video games gain a bad reputation for making people lazy and unproductive. Parents, teachers and even the government has voiced their opinion about video games being bad for children and adults alike. There are many who would have gaming banned or legislated if they could. It is true that video games are not very good for the body, but to say that they are entirely without benefit is not true. Similarly, to say that they should be moderated by anyone other than parents is simply poor reasoning. Mature adults are fully capable of moderating their time playing video games or their children’s time playing video games.

It is true that video games have addictive qualities, but so does everything that is enjoyable and pleasurable. Video games are merely an extension of traditional games, but at a more advanced technological level. The levels of realism and the life-like physics of video game mechanics are an impressive use of digital media and take many talented people hundreds of hours to create. There is no denying that video games are enjoyable. They simply must be enjoyed with a mature level of moderation.

Video games can be surprisingly informative. A number of games are based on historical events, particularly war. Much of the content of war games is violent in nature, but some games also have large portions devoted to narrative and facts about the war that is being emulated. Other games are full of trivia and can engage the gamer with peripheral learning. Anyone who says you cannot learn anything from video games is unlikely to have ever really played them. 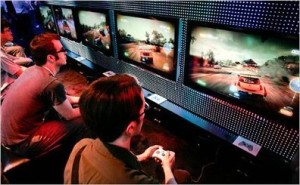 Chances are, you know someone or you are someone who is fanatical about video games. This type of person has an enormous collection of video games and is constantly upgrading their gaming consoles. Many of their conversations gravitate back to video games and a much bigger portion of their time goes to gaming than the average person. Those who are not into video games are essentially just confused by this behavior.

To an avid gamer, video games are life. They stay abreast of what new games are being released and purchase their favorites and the ones they deem a high quality. When they take it home to try it out, their life will be consumed by it until they complete the game. This may take days, weeks or even months. Even once all the levels, missions or narratives are complete, there are often extra features to the game that allow the gamer to continue exploring the video game world or map. This can keep a gamer busy for an unprecedented amount of time.

Sometimes gaming is compulsive for avid game players. It can be very difficult for a gamer to put their controller down to participate in every day tasks, obligations and conversations. Gaming has the potential to split couples apart when one is a gamer and the other is not because the non-gamer takes great offense at the gamer’s priorities. Typically, people immerse themselves in video games as a way to relax and shut their brains off. Many gamers state that video games have a calming effect on them and ease their stress. Whether video games are harmful or beneficial to people is a controversial matter. Some claim that they are bad for a person’s physical and mental health while others point to the good they do for a number of people. Regardless, video games are a very lucrative industry that does not look to decline any time soon.

gaming to relax and cope